Legal threats have driven away half the doctors at a top clinic, as the state’s new law has a chilling effect on providers and those who need care

On 31 August, there were 17 abortion providers serving at the four locations of the Whole Woman’s Health clinics in Texas. On 1 September – the day that the nation’s most restrictive active abortion law went into effect – there were just eight.

Senate Bill 8 not only bans the procedure past six weeks of pregnancy, but allows private citizens to sue anyone who “aids or abets” abortion care past that point. Clinics have told the 19th they are fully complying with the new law. It is why Whole Woman’s Health in Fort Worth raced to perform as many abortions as possible before SB8 went into effect, battling against the clock. It’s why, in mid-August, Planned Parenthoods across the state stopped taking appointments related to the procedure if it would be performed past six weeks of pregnancy. 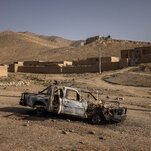 In Rural Afghanistan, War Remnants Everywhere, but no Shooting or Checkpoints 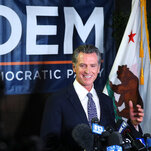