As they reissue their 1981 festive EP Yuletide Throwdown, we rate the best of the New York band who strutted through punk, disco and pop with absolute cool

When it came to picking cover versions, you couldn’t fault Chris Stein and Debbie Harry’s taste, hence this slickly appealing take on the Paragons’ John Holt-penned 1967 single. Extra points for the video, which involves Darth Vader, a flooded apartment and a dancer unaccountably dressed as Pan – it makes absolutely no sense whatsoever. 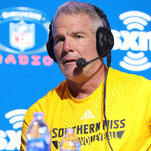