A Danish man in his 30s has been arrested and charged after five people were killed and two others injured in a series of attacks using a bow and arrows in Norway.

The attack took place at around 6.15pm local time on Wednesday in the suspect’s home town of Kongsberg, around 80km south-west of the capital, Oslo. It is thought to have started in or near a Coop store in the city centre.

One witness described a man “standing on the corner with arrows in a quiver on his shoulder and a bow in his hand”.

The suspect was arrested following what police called a “confrontation”, about 20 minutes after the attacks began.

Police said there were several crime scenes spread across “a large area” of the town and that the man in custody “is the only person implicated” so far.

Acting prime minister Erna Solberg described reports of the attack as “horrifying” and said it was too early to speculate on the man’s motive. Prime minister-designate Jonas Gahr Støre, who is expected to take office on Thursday, called the assault “a cruel and brutal act”.

The identity of the suspect. Police said early on Thursday they released some details because here were many incorrect rumours circulating on social media about possible perpetrators.

The motive for the attack. Police chief Øyvind Aas said: “It is natural to consider whether it is an act of terrorism. But the man has not been questioned and it is too early to come to any conclusion.” Police have no indication so far that there is a change in the national threat level.

How the attack unfolded. Police have said there a multiple crime scenes across a large area of the town of 28,000 people. 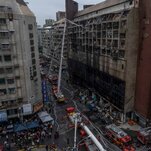