French fishers plan to block the Channel tunnel and the port of Calais on Friday in protest at Britain’s failure to issue them with more fishing licences since Brexit.

Members of the fishers’ association told an online news conference on Thursday that a large number of vehicles would be used to block the tunnel, which is used to ship goods by rail between Britain and France.

Google to pay £183m in back taxes to Irish government 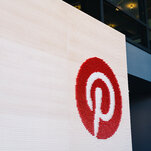