Controlled, composed and convincing. Giovanni van Bronckhorst will face sterner challenges as the manager of Rangers – Sparta Prague provided feeble opposition – but this has to be considered a wholly acceptable start to his tenure. For good measure, following this dismissal of the Czechs, it was confirmed Rangers will progress to the knockout stages of the Europa League for a third year in succession. A boost, perhaps, to the new manager’s January transfer aspirations.

On an evening full of positives for Van Bronckhorst, the role of Alfredo Morelos was most notable. The striker, not unreasonably criticised for his form already this season, scored twice and was a general menace to the Sparta defence. So far, so good, for the former Feyenoord manager’s regime. Rangers played with zip, purpose and aggression throughout.

The Fiver | The 47 recommendations to safeguard English football’s future

‘Not what is expected’: Bielsa claims he is offering Leeds poor value for money 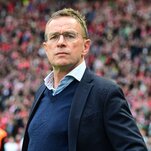 'Hopefully we can bring him close': Arteta keen for Wenger return at Arsenal – video 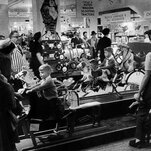 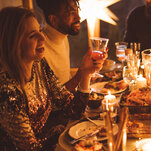