Yvette Cooper says the frontrunner’s remarks are ‘out of touch’, as Sunak and Truss prepare for Belfast hustings

British workers “are amongst the hardest-working in the world”, Conservative former cabinet minister Sajid Javid said.

That comment, as I understand it, was made a number of years ago; I don’t know the exact context that was made in.

What I also heard her say, just in that snippet that you played there, was that the productivity in the UK versus other comparable countries is generally lower and that’s been a longstanding UK problem and that doesn’t happen because British workers don’t work hard; British workers are amongst the hardest-working in the world.

I think what she’s talking about is business and investment, because to increase productivity the government of course has a huge role to play – there’s capital investment, things like infrastructure investment, for example, those areas that get more of it generally of course can do better in terms of productivity.

It’s also about skills investment and making sure that we’re investing in skills across the country, not just in the capital or the south-east but right across the country, and that is what’s going to make the difference, and Liz has a plan for that.

I think it reveals what she really thinks. This comes after the proposal she put forward to cut public sector pay in the north and other parts of the country.

So teaching assistants or nurses here in Yorkshire would get paid less than people in London or the south-east.

(She) has absolutely no idea that people are working incredibly hard – people who are getting up to go to their shifts right now, watching your programme just before they go to work, working incredibly hard to try and make ends meet, who are facing these nightmare inflation figures, the soaring energy bills and doing their best to keep everything together.

This insult just shows, I think, that [Truss] does not understand working people right across the country. It’s deeply wrong of her to say this. 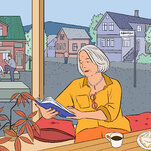 Read Your Way Through Reykjavík

How English is becoming a popular option in Algeria 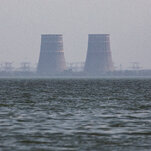