Bars and clubs are some of the worst places to work in Britain. Dalston Superstore shows how unions can change that

The joy of Britain’s nighttime revellers is sustained by an army of low-paid, precarious and harassed workers. More than eight in 10 bar staff earn less than £10 an hour, and in the hospitality sector staff turnover is double that of the national average. Bullying from management and harassment from customers is rife. Although 425,000 people work in the nightlife sector (this number has fallen by tens of thousands since the pandemic), unions have a pitifully weak presence in Britain’s bars and clubs. Recently, a trendy east London venue has forged a new path. It could spark a revolution in the sector.

At Dalston Superstore, a queer venue in Hackney, LGBTQ+ partygoers and their straight allies down shots while drag queens and gender non-conforming artists dance raucously on bar tops until the early hours. “Everyone that’s queer goes to Superstore, or knows about it, or knows people who work there,” says 25-year-old Ayanna, who’s poured pints there for more than a year. When the management hired a new welfare team to protect customers’ and bartenders’ wellbeing, existing staff discovered that these new workers were being paid £15 an hour – more than the London living wage of £11.05 that most staff received. The bar’s management were adamant that this was the going rate for a stressful job, that welfare officers’ hours were limited because of the intensity of the role, and their wages were not supplemented with tips. Nonetheless, this frustration opened a floodgate.

Owen Jones is a Guardian columnist 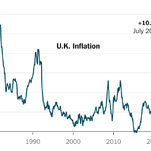 New York City is owed $500m in parking fines. No one is paying up 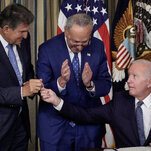 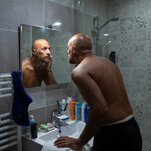