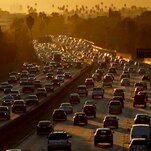 Why do so many vaccinated people remain fearful? Listen to the professor’s story.

EU ‘reflecting’ on conflict of interest rules after BlackRock controversy

The EU is considering new conflict of interest rules after it was criticised for hiring BlackRock, a major manager of oil company and financial shares, to work on new environmental rules for banks.

The European ombudsman found in November found that the European commission, the EU’s executive arm, had not properly considered conflicts of interest when awarding the contract to BlackRock, the world’s biggest investor. 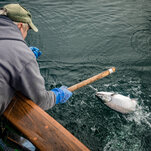 On the Water in Alaska, Where Salmon Fishing Dreams Live On

Each summer, salmon begin their journey back to the rivers where they were spawned. Alaskan fishermen, along with whales, eagles and bears, share in the abundance.