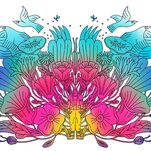 The Other Side of Languishing Is Flourishing. Here’s How to Get There.

Research shows that the pandemic took a toll on our overall well-being and left many of us drained. Here are seven simple steps to get you thriving again.

As he lies in bed at night on the 11th floor of the tower block he’s lived in for 25 years, Ezekiel Hermon is terrified by noises he can hear on the empty floors below.

He is living completely alone in the council-run building after his neighbours were all gradually relocated when Saxelby House in Birmingham was earmarked for demolition, and despite being desperate to leave, he says he hasn’t been offered any suitable alternatives.

Blinken and G-7 Allies Turn Their Focus to ‘Democratic Values’

A growing global competition with China and Russia looms over a gathering of foreign ministers in London.