‘We’re being hurled back decades’: the week the supreme court reshaped America

Momentous decisions on abortion, guns, the environment and religion have left many wondering: what next?

Last week the US Supreme Court started its summer break, but it left behind an America that many believe has been fundamentally reshaped after a momentous series of decisions by the conservative majority on abortion, guns, the power of government agencies, and the role of religion in public life.

The series of decisions have spurred extensive condemnation outside conservative America and many are left wondering what, if anything, can be done.

Pride in London: more than a million expected to gather in the capital

This year’s event, including a parade starting at Hyde Park Corner, marks 50 years since first Pride in the UK

More than a million people are expected to congregate for the first Pride in London since before the pandemic.

Saturday’s event also marks the 50th anniversary of the UK’s first Pride parade, which was attended by about 2,000 people.

The model cited "irreconcilable differences" with the media tycoon in court papers filed in California.

‘It was sort of a feeling’: Trump film-maker says he feared trouble at Capitol

Alex Holder, who had extensive access to Trump and his family, says he suspected January 6 would be a likely flashpoint

When the House select committee investigating the January 6 Capitol attack deposed British film-maker Alex Holder, it heard from a first-hand fact witness who inadvertently observed some of the darkest and most politically fraught days of Donald Trump’s time in office.

The new witness, who emerged late in the congressional investigation into the Capitol attack, had extensive personal access to Donald Trump and his family as the administration imploded in the post-2020 election period after the former president lost to Joe Biden.

‘We want it to come alive’: architect’s plan to transform Notre Dame area

For most of the last year, the Belgian landscape architect Bas Smets could be found walking purposefully around the Île de la Cité in central Paris staring at and thinking about Notre Dame Cathedral.

On a blazing hot day in the French capital he is back there, pointing at the landmark, still shrouded in scaffolding after it was ravaged by a devastating fire in April 2019.

In 2020, the BBC revealed that vast quantities of protected rosewood were being trafficked from Senegal. 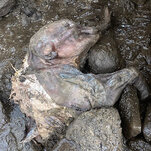 Experts believe that the woolly mammoth, unearthed in the Klondike gold fields of the Yukon of Canada, had been preserved in the frozen ground for more than 30,000 years.

Russia-Ukraine war: what we know on day 129 of the invasion 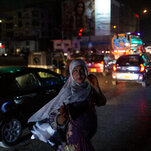 In Pakistan, a Leader in Trans Rights, Reality Is Slower to Change Than Law

Four years after the country became one of the few to protect transgender people’s rights in statute, violence against them has surged and discrimination remains common.

Three law enforcement officers were killed and five wounded in eastern Kentucky when a man with a rifle opened fire on police attempting to serve a warrant, authorities said.

Police said they had taken 49-year-old Lance Storz into custody late on Thursday night after an hours-long standoff at a home in Allen, a small town in the hills of Appalachia.